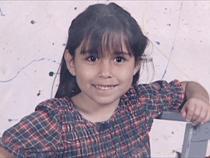 This archived news story is available only for your personal, non-commercial use. Information in the story may be outdated or superseded by additional information. Reading or replaying the story in its archived form does not count as a re-publication of the story.

SALT LAKE, Utah (ABC 4 News) ’ Just days after an arrest was made in the Sierra Newbold murder case, another family is wondering if the man accused could be linked to their own daughter’s murder 17 years ago.

Rosie Tapia was found murdered in 1995. Her manner of death and the details surrounding her abduction are eerily similar to Sierra Newbold’s.

Both girls were taken from their homes, sexually assaulted, and drowned in a Jordan canal.

Rosie’s mother, Lewine Tapia believes the arrest of Terry Black might be a break in her daughter’s unsolved murder case.

"The guy does look kind of familiar," Tapia said. "The name just pops up in my head too."

ABC 4 Special Investigator Jason Jensen found out Black’s criminal record spans through four states, but determined he was living in Utah when Rosie was killed.

"He was a Salt Lake County resident at the time," Jensen said. "You can’t say that he is ruled in, but you can’t rule him out either."

Detectives in both cases say they plan on questioning Black about Rosie’s murder, once the details in Sierra’s case are wrapped up.

Lewine Tapia doesn’t want to get her hopes up, but says this is the biggest connection to her daughter’s death in nearly two decades.

"I’m just hoping I find out before I go," Tapia added. "I will be up in heaven with her, but I still won’t know who took her."