A Profile of a Bomber: The Loan Wolf Eric Robert Rudolph 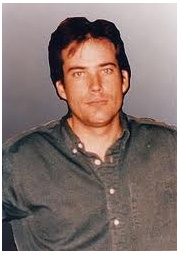 In the late 1990s, a lone-wolf terrorist emerged in the United States, who had apparent ties to a radical Christian organization Christian Identity. (Juergensmeyer, 2003, pg. 30-31). At the present time, Rudolph is serving time at the supermax prison in Florence, Colorado. In order to avoid the death penalty, Rudolph pled guilty to 23 counts relating to four separate bombings in Georgia and Alabama. These bombings were:

But Rudolph didn’t start that way. His origin appeared seemingly average. He was born to Patricia and Robert Rudolph (Matera, 2003, pg. 112) in Merritt, Florida. (Vollers, 2006, pg. 7). After his father died, his mother relocated him to the Cherokee County region of western North Carolina. (Matera, 2003, pg. 112). He dropped out of school to become a carpenter, and worked for his brother. Then he obtained his GED and joined the Army. He spent 18 months as an infantryman, where he learned additional survival and weapons training. (Matera, 2003, pg. 115). His enlistment was cut short when he was kicked out for "conduct-related reasons" and was deemed to be "not compatible with military service" (Matera, 2003, pgs. 115-16), because of marijuana use.

Before Rudolph’s capture, but after he was identified as the bomber of the Centennial Park at the 1996 Atlanta Olympic games, it was speculated that the reason his bombing of the Olympic park was because the Olympic torch relay was re-routed past his county in North Carolina for the county’s passage of an ordinance that declared sodomy was not consistent with the values of the community. (Juergensmeyer, 2003, pg. 30-31).

Consistent with that belief, before he was identified as a suspect, he authored a letter to news outlets in 1997 asserting it was from the "Army of God" taking responsibility for the bombings against the Sandy Spring abortion clinic and the gay/lesbian nightclub, the Otherside Lounge (both in Atlanta, Georgia). (Matera, 2003, pg. 116; Vollers, 2006, pg. 44). It outlined the reasons of its targets, which included against the gay agenda and called abortion murder. It also identified law enforcement as a target because of his apparent disdain towards government.

But for the brave and decisive action of a private security guard named Richard Jewell many more would have lost their lives. Minutes before the bomb blast, he noticed the bag and reported it as suspicion. People were in the process of being cleared away when the bomb exploded.

Nearly six months later, still no suspect had been identified when a second bomb in Atlanta went off. At 9:00 AM on January 16, 1997, a bomb exploded at the Sandy Springs abortion clinic. (Vollers, 2006, pg. 35). When the bomb as the Olympics failed to injure or kill police and first responders, the bomber changed his tactics. Instead of placing a 911 call to lure police to the location of the bomb, the bomber set up two bombs. The second bomb was a trap set for investigators. (Vollers, 2006, pgs. 36-37).

The letter detailed the different constructions of each bomb used at the Sandy Springs abortion clinic and the Otherside Lounge nightclub; and because of the accurate detail, the letter was clearly drafted by the bomber. (Vollers, 2006, pg. 44). Interesting note though, the letter did not reference the Centennial Park bombing – probably because someone had died at Centennial Park. At the two other locations, no injuries were fatal. The letter also explained that at each bombing site, the second bombs were intended for law enforcement and first responders describing them as agents of the ungodly communist regime in Washington. (Vollers, 2006, pg. 44). The bomber wrote that the midtown bomb targeted the Otherside Lounge because of the "Sodomites" – meaning he targeted the homosexuals. (Vollers, 2006, pg. 46).

Having been unsuccessful in Georgia, the bomber changed states. He also made a more sophisticated bomb which included a remote detonator. On June 30, 1998, a bomb exploded near the front door of an abortion clinic-the New Woman All Women Health Care Clinic. (ACEP et al, 2012, pg. 80). This time, instead of Atlanta, GA, the city chosen was Birmingham, AL. Because the bomb was detonated by remote, a part-time security guard (who was an off duty police officer) was killed, and a nurse at the clinic seriously injuring a nurse. (ACEP et al., 2012, pg. 80). Unlike the first three previous Atlanta bombings, this time there was an alert witness to Rudolph’s activity. Rudolph was seen at the clinic minutes before. He was described as a man wearing a wig, and driving a 1989 Nissan truck. The alert citizen took down Rudolph’s license plate number. (Matera, 2003, pg. 116).

In each of the four bombings, Rudolph carried out the operation using the same modus operandi for the same motive. Because of his disdain for what he called the government’s pro-abortion and pro-gay agendas he likely learned at Christian Identity, it is supposed that he bombed the two abortion clinics and a lesbian bar in protest. However, the first bombing was the Olympics Centennial Park, and the motive there was less clear. However, through his "Army of God" letter that motive was clarified. He intended the bomb at the Centennial Park to inflict injury or death on investigators and first responders just the same he intended the second bombs to inflict at the clinics and the gay/lesbian club. When all three attempts failed, he evolved to the use of remote detonation to kill off-duty officer Robert D. Sanderson, at the New Woman All Women clinic bombing in Birmingham, AL.

Despite the differences between the bombs due to growing sophistication between each bomb to the next, because of the signature use of the metal "directional plate", all four bombings were solved pinning the responsibility onto Eric Robert Rudolph.

Rudolph, in his terrorist activities committed numerous crimes, for which he pled guilty

On November 15, 2000, while Rudolph was a fugitive, a grand jury in the U.S. District Court for the Northern District of Georgia indicted Rudolph on 21 counts for the three bombings he did in the Atlanta area. These counts included violations of 18 U.S.C. § 844 (causing damage to a building by means of explosives), § 924 (use of a firearm, in that a destructive device), and § 3592 (terrorism). Later, on June 26, 2003, the U.S. District Court in the Northern District of Alabama charged him with two more counts of a similar nature for the bombing of the New Woman All Women Health Care clinic.

Since Rudolph’s case, and the bombing of the Olympics’ Centennial Park, law enforcement has implemented new or improved strategies

Three key failures occurred in the Rudolph investigation: First, FBI profilers from the Behavioral Science Unit (BSU) wrongfully identified Richard Jewell as the likely bomber; two, the 911 system failed to get the message of a bomb threat to the Centennial Park in a timely manner; and, three, security measures at Centennial Park were woefully ineffective.

Rudolph can be described as fitting the stereotype of the classic bomber. He lived alone, paid for everything in cash. He lied about his whereabouts to family and the occasional girlfriend. (Vollers, 2006, pg. 11). The Feds profiled the offender as a "Lone offender" or "lone wolf": a self-appointed avenger with no real alliances, no meaningful social ties. (Vollers, 2006, pg. 11). That was a fitting description of Eric Rudolph. However, instead of looking for this type of individual, a different type of individual was identified. Immediately following the Centennial Park bombing, Richard Jewell, was named a hero. That didn’t last long because Jewell became the FBI’s first suspect calling him a hero-bomber. It was Jewell who discovered Rudolph’s knapsack and alerted authorities, and an evacuation was underway when the bomb exploded. Although one person, Alice Hawthorne, died, many more innocent civilians would have died too except for Jewell’s discovery.

As for that night, Richard Jewell discovered an unattended green knapsack underneath a bench, and he alerted his supervisors. (Haberfeld & von Hassell, 2009, pg. 210, 216). After an inspection by the bomb-squad, it was determined that a credible threat existed so the area was being calmly evacuated. (Haberfeld & von Hassell, 2009, pg. 210, 216). About the same time as the discovery, an anonymous 911 call was made reporting the bomb threat, increasing its reliability.

Having failed to discover a bomb before it was allowed into the Centennial Park, apparently security measures at the Olympics failed. At that time, the security of the games was "the most stringent even during peacetime in the nation." $227 Million was spent on security, which comprised of state-of-the-art electronics, and the deployment of more than 30,000 public and private security personnel. With all that, the system in place did not detect a knapsack filled with glycerin dynamite, nails, wires, and the largest pipe bomb is FBI history. (Vollers, 2006, pg. 18). The bomb consisted of three metal pipes, each a foot long, and 2" in diameter. Security did not prevent an explosion. One human life was lost as a result.

Despite the bombing, the games continued, but security made its presence known. It conducted random searches of people and effects.

The bombing of the Centennial Park would have never been solved except for the bomber’s continued bombings and ego. Two contributing factors solved the bombing: